Get notified of new episodes, spotlights, stories and much more! 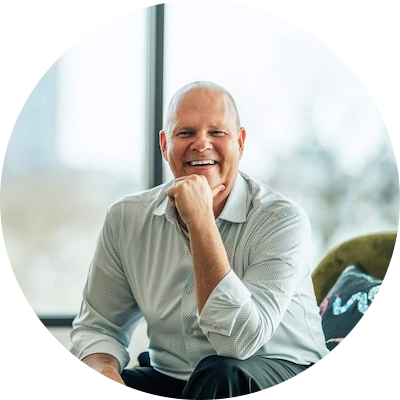 A well known name in the event industry, Michael Gaddie, is a proud member of AIFD (American Institute of Floral Designers – an International organization). After starting his floral career in 1989, Michael went to work for Lloyd’s Florist, a full service floral shop offering décor and gifts. Michael and his wife, Pam, purchased the business in 2000. He has been bringing the bling to weddings and other events for over 30 years. Having enjoyed a very successful career in the floral industry, Michael has been the recipient of several awards over the years, highlights of which include… Kentucky Designer of the Year and 2020 Sweepstakes Award in the Rose Parade, where he has been a designer for 20 years. Although best known for his creativity and eye for design, what most love about Michael is his huge heart, ridiculous sense of humor and over the top work ethic. Michael and his wife Pam are also an elite partner of Jim’s formal wear in Louisville, Ky.

Michael has been married to his bride, Pam for 30 years and has an awesome son, Ryan Michael. They also have 3 cats: Lucy, Rosie and Derby.

Automated Processes & What They Can Do For You

In this episode, Kristina talked with wedding floral vendor, Michael Gaddie of Lloyd’s Florist in Louisville, Kentucky about thin…

Save Valuable Time with Marketing Automations

Did you know that you can enable business cost savings, maximize efficiency, save valuable time and grow your sales by streamlini…